Ms A Esen - Teacher of History 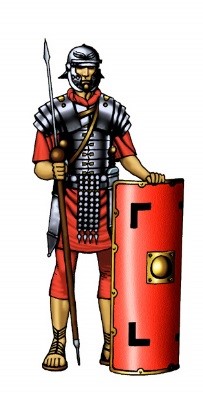 Students learn what life was like during the height of the Roman Empire. They learn about government, the military, roman entertainment, education and the roman legacy. The assessment task asks “Why did the empire grow so large and powerful?” 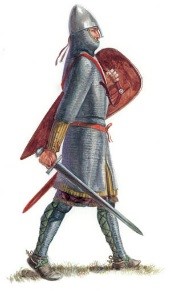 Students learn about the Norman Conquest of England. The events surrounding the Battle of Hastings in 1066 and how England changed as a result of the crowning of King William.

The assessment task asks “Why was William the victor at Hastings?”

Students study Edexcel history. A vibrant and varied course that develops skills of enquiry and a detailed knowledge of events of the past that changed the world.

This unit focus on looking at changes in human behaviour through the prism of how crime has developed and has been classified. It also examines changes in attitudes and punishments as a reflection on society. Students examine Victorian Whitechapel as a case study.

Superpower relations and the cold war/Anglo-Saxon and Norman England

This unit is about the flashpoints surrounding East and West from the 1940’s until 1990. It looks at tension and rivalry between the USA and The Soviet Union.

It also examines the way in which the Norman Invasion changed England and the challenges facing William the Conqueror after 1066.

The USA – conflict at home and abroad

This unit looks at trouble, division and unrest both due to the fight for civil rights in the USA and the explosive reaction to the Vietnam war.

Key Stage 5
Students study Edexcel A Level history. A detailed and in depth course that really develops the skills of the historian.

In search of the American dream

The focus of study is on developments and changes over a broad timescale and so the content is presented as themes spanning a significant duration: 1917-80. This option also contains a study in
depth of historical interpretations on a broad question, which is contextualised by, and runs on from, the themes: what impact the Reagan presidency had on the USA in the years 1981–96.

India. The road to independence

This option comprises a study in depth of the transition of the Indian sub-continent from a colony to independence. The gaining of Indian independence influenced both the nature of civil rights campaigning and the search for national self-determination throughout the world.

Students will gain an in-depth understanding of the changing relationship between Britain and India from the outbreak of the First World War to the achievement of independence for the Indian sub-continent, and of the reasons for this, with particular reference to Indian nationalism.

Industrialisation and social change in Britain

This option comprises two parts: the Aspects in breadth focus on long-term changes and contextualise the Aspects in depth, which focus in detail on key episodes. Together, the breadth and depth topics explore ways in which Britain changed from the mid-eighteenth to the early twentieth
century by looking at some of the industrial inventions and innovations that changed the lives of British men, women and children, alongside broader changes in the workplace and the profound changes in attitudes to children and childhood. Whilst mainly social and economic, this option also enables students to explore the impact of key political events and legislation.

Students also study for a coursework piece on The Great War.